Alan Murphy
The following review was posted on www.softirishrain.com

LOW ON THEATRICS , HIGH ON SOUL Posted on March 6, 2013 by Anita Guidera 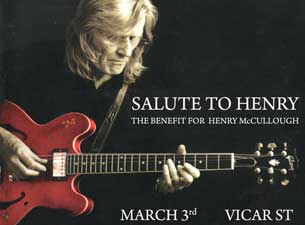 Where do you find soul? Is it in the flashing lights, the suspended stages, the angel wings and golden thrones?

Or maybe it’s in the police-escorted, window-darkened limousines or in the throngs of screaming, crying teenage fans who wait for hours in the rain to catch a glimpse of their idol.

In the Directioner, Belieber-free zone that was Vicar Street last Sunday night, soul was everywhere.

Here was the music industry at its best.  Without the industry.

It was a bunch of generous, great musicians, singers and bands spanning seven decades of Irish music coming together for no fee to salute fallen comrade, Henry McCullough who remains seriously indisposed following a heart attack last November.

The event was to raise money to help Henry get back home to Ballywonderland, the rural idyl he shares with partner, Josie Gourva near Coleraine in Co Derry.

McCullough’s name won’t mean much to teenage music fans but his collaborations with Jimmy Hendrix, Joe Cocker, Pink Floyd and Paul McCartney are the stuff of rock legend.

On stage last Sunday night were some of the Irish acts with whom he has also played; The Ed Deane Band, Sweeney’s Men, The Fleadh Cowboys, outfits whose diversity of styles give some indication of the mind-boggling versatility of McCullough’s genius. 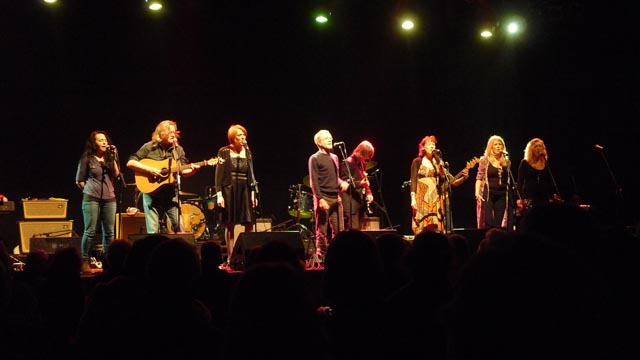 Highlights, there were many. Like Noel Bridgeman’s powerful rendition of the Beatles classic ‘Across the Universe’ , Johnny Duhan’s moving and appropriately titled ‘Don’t give up til it’s over’ , John ‘fair play to me’ Spillane doing his thing and Siobhan O’Brien’s beautiful take on Dylan’s ‘It’s All Over Now, Baby Blue’.

You could hear a pin drop for Declan Synott and Christy Moore’s version of the Handsome Family classic ‘So Much Wine’  while Donegal singer songwriter, Kevin Doherty charmed the audience with the catchy ‘Hold Me’.

Many had come to see a rare reunion of the talented trio that made up Sweeney’s Men and they weren’t disappointed. 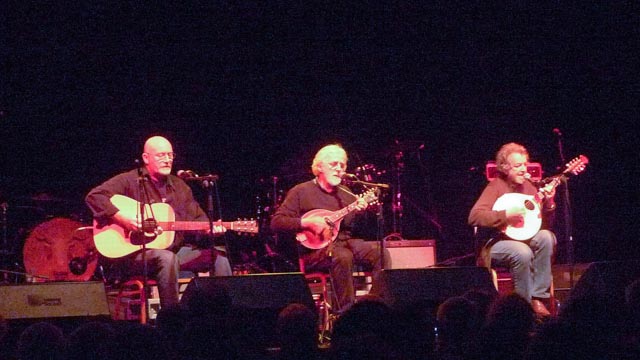 But it was fitting that a night that paid homage to a guitarist should celebrate the guitar with Philip Donnelly, Ed Deane, Pete Cummins, the Hot Sprockets and Alan Murphy in turn letting it rip.

Jimmy Smith stepped up to replicate the scintillating McCullough guitar solo on the Wings classic ‘My Love’, sung  with great gusto by Ronan Collins while Honor Heffernan joined the backing vocalists. 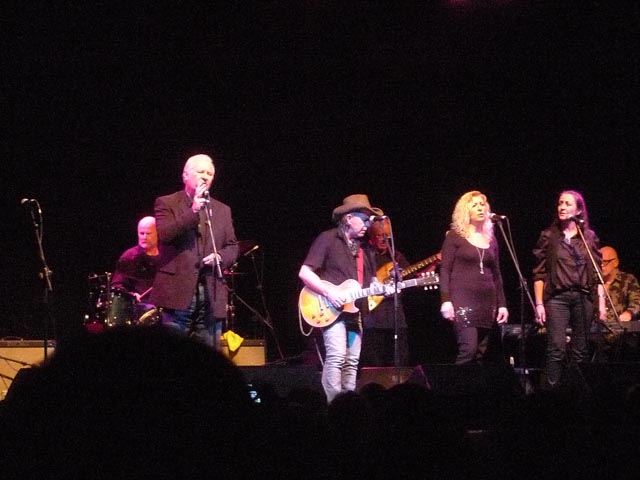 Henry’s spirit wasn’t far away either. It was there when Bernard Patrick (who knew?) Fallon reverentially carried out a lighted lantern onto the stage before launching into his passionate rock’n’roll credo ‘I believe’(in Elvis Presley) and again when Victor McCullough, bearing an uncanny likeness to Henry, delivered a gentle performance and there again in the presence of Josie, led on stage by BP to convey her gratitude. 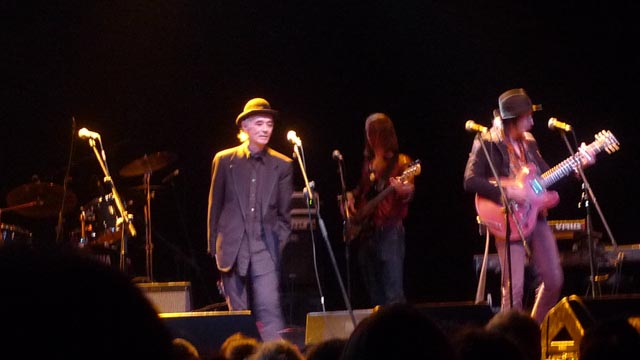 When they all crowded on stage with the Fleadh Cowboys for the finale, the Levon Helm classic ‘Take a load off Fanny’ it was obvious that something beautiful had happened.

There were no egos.

In the alchemy of music and music maker there was soul.